The following is an interview with Os Guinness about the publication of the document, An Evangelical Manifesto: A Declaration of Evangelical Identity and Public Commitment (which I have summarized in a separate post).

What was the origin of this manifesto?

The genesis of the Manifesto came three years ago when in the course of a single week I talked to a dozen people who were all giving up on Evangelicalism. Two were eminent Evangelical scholars, one was an activist and community organizer, and the rest were thoughtful lay people. All of them were disgusted at the cultural and political overlay that obscured any positive meaning of the term. I thought to myself that if Evangelical meant what they thought, I wouldn’t be Evangelical either. But I have a very different view, and one that is deeper, earlier, and more decisive than any other Christian label. The idea for the Manifesto was born that week, and has rolled forward since then—despite all scepticism and sometimes outright opposition.

Where is it being published?

It will be published at the National Press Club on May 7 in Washington DC, and then on a web site: www.anevangelicalmanifesto.com, along with a study guide. We have more than 80 signatures as early signers, but hope that in the spirit of the Bereans in the New Testament, many others will read it, think and pray over it, and join the cause of the call to reform.

It seems that some have already sought to politicize this document (including a focus on who has and who has not signed it). What is your response to this spin on the project?

We do not claim to speak for all Evangelicals, we do not claim the Manifesto is faultless, we are not setting up any new power base, and we emphasize that we are not out to attack anyone or exclude anyone. But the central purpose – calling us back to being better followers of Jesus – is not political, and it is ironic that such a call should itself be politicized and by Evangelicals rather than the secular press! I trust that when the dust settles, people will see the central purpose of the Manifesto and respond in good faith rather than trigger another flurry of culture warring.

For the average “person in the pew,” are there some tangible steps he or she can take to promote the civil public square you envision?

The lack of a vision of a civil public square is the Achilles heel of the Christian right, and the main reason we are so often accused of being ‘Christian theocrats’ and even ‘Christian fascists.’ For example, in all our public debating we should be clear and vocal about how we respect the rights of those we disagree with, and above all we should be known for truly loving our enemies, as Jesus called his followers to do and great Evangelicals such as William Wilberforce always did. Let there be an end to all demonizing of our enemies and the rabid culture warring that is so characteristic of the present scene, and so contradictory to the way of Jesus.

Born in China. His parents were medical missionaries. He was a witness to the climax of the Chinese revolution in 1949, and returned to England in 1951, where he went to school and college. He received a B.D. (honours) from University of London in 1966 and a D.Phil from Oriel College, Oxford in 1981.

In the 1960s, he was a leader at L’Abri. In 1984 Guinness came to the United States, where he was first a Fellow at the Woodrow Wilson Center, and then a Visiting Fellow at the Brookings Institution. He was the lead drafter of the Williamsburg Charter, celebrating the genius of the First Amendment and setting out the signers’ vision of a civil public square.He founded the Trinity Forum in 1991, and served as Senior Fellow until 2004.

Guinness has written or edited more than 25 books. His latest is “The Case for Civility,” published by HarperOne in 2008. He currently lives in McLean, Virginia with his wife Jenny. 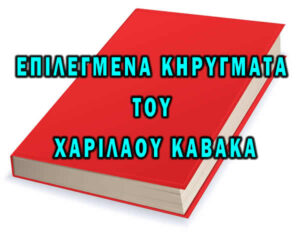